Home International Marketing How These 7 Companies Thrived During the Recession 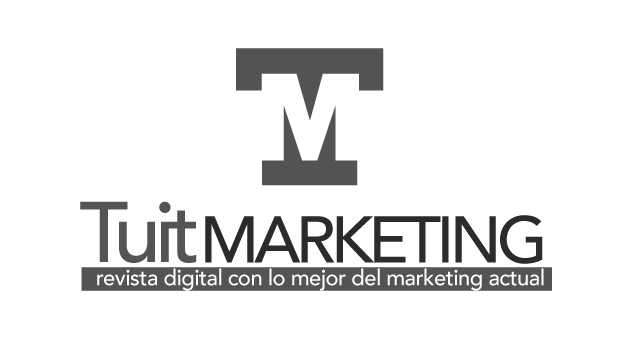 In 2008, the Great Recession was all over the news. At 14, I didn’t exactly know what that meant. However, I understood that my parents were struggling financially.

While it was the first economic crisis I was old enough to remember, it isn’t the only economic downturn we’ve seen, nationally or internationally.

In 1997, there was the Asian financial crisis. After 9/11, the New York Stock Exchange closed for four days, the first time that had happened since World War I.

The world has faced uncertain times before, and I’m sure it will again. But, how do companies thrive during financially rough times?

In this post, we’ll review seven companies that grew during the recession and see how they succeeded during economic uncertainty.

TeamLogic IT provides IT solutions and consulting services for small businesses. Interestingly, IT has been a growing industry during times of uncertainty, including the 2008 recession.

Since consumers are becoming more and more dependent on newer technologies, this industry usually does well during economic recessions. Technology impacts almost every area of our life from our security to our entertainment.

In fact, sales for technology increased during the 2008 recession.

Because of this trend, TeamLogic IT weathered the storm of 2008 well.

If you want to start a business, it’s important to consider whether that industry has done well during times of economic unrest. Industries such as tech, discount stores, accounting, grocery, healthcare, and DIY/repairs do well.

You might be thinking, «Of course Netflix survived the 2008 recession, it’s a huge company.»

However, in 2008, Netflix wasn’t yet the media giant it is today.

In fact, Netflix introduced a new product (the streaming service), around the time of the Great Recession as a response to dying video rental stores.

Then, during 2008 and 2009, the company continued to work on partnerships with organizations like Xbox so people could stream through those devices.

It was these innovations that allowed the company to continue to grow during the economic downturn. In fact, they were increasing memberships and subscriptions during the 2008 recession while other companies were struggling to maintain revenue.

Additionally, 2008 wasn’t the only time this company has faced a recession. Netflix was founded before the dot-com bubble and had to weather that storm in the early 2000s.

It was during these times that the brand innovated ways to continue to appeal to their audience, whether that meant introducing new products or expanding its products with partnerships and collaborations.

Every year, the Federal Reserve conducts stress tests to see how much capital banks would have if they were subjected to hefty losses.

Interestingly, in 2014, Citigroup had grown in assets, making it one of the only banks to have grown since the 2008 recession.

This bank grew in the aftermath of economic distress while others didn’t because they worked on branding and offering quality services. Citigroup started supporting certain community services which helped with their brand story.

In fact, marketing played a large role in Citigroup’s ability to grow after the 2008 recession.

Lego is an interesting case study because you might think that toys and amusement parks or play centers are unessential, so the industry would be impacted by an economic crisis.

However, during the 2008 recession, Lego decided to expand into a global market.

The company concentrated its efforts on building revenue in Europe and Asia while the U.S. faced economic distress.

By doing this, the company reached an all-time high profitability during a recession. This company expertly knew to expand to global markets when its main market was facing an economic downturn.

Groupon is another company that you might think, «Of course they survived an economic downturn.»

However, Groupon was just a startup in 2008. In fact, the company launched in the middle of the Great Recession. How can this happen?

Well, surprisingly, startups tend to do well during recessions because they usually fill a need and are able to spend less money because of discount prices.

With Groupon specifically, the site did well because it was offering discounts.

Discounts are in extreme demand during recessions because consumers are trying to cut costs wherever they can. Discounts actually offer consumers a way to survive a recession, which is why discount stores tend to do well during economic instability.

Mailchimp has been around for almost 20 years and has survived several economic uncertainties. The company weathered the economic downturn in 2001 (in fact, that’s when it was founded), and the 2008 recession.

So, how did the brand survive and thrive during a recession? Well, the company was founded during the 2001 crisis and was able to do well because of it.

In 2008, the company survived because they changed their entire business model. They became a freemium business, and their revenue soared after that.

Many customers wanted to use Mailchimp during an economic crisis because it was free. By adjusting to the times and offering a free product, the brand was able to grow and they’ve maintained that business model ever since.

Warby Parker is another example of a brand that was founded during the Great Recession. The reason they were able to succeed during this time? They filled an enormous gap in the marketplace.

While you might think that you shouldn’t start a business during an economic crisis, it’s actually a good time to notice gaps and pain points in the marketplace and fill the need.

Warby Parker did that when they realized it was hard to purchase an affordable pair of fashionable glasses online.

They filled a need and customers showed up even though they weren’t spending a lot of money. The company was marketed as affordable (which was necessary during a recession) and customers needed an affordable glassware solution.

Even if your company isn’t as big as these examples, remember that a lot of enterprise companies today started during a recession.

As another example, Microsoft started after the recession in the 70s. Apple transformed its brand after the 9/11 economic downturn by introducing new products and investments.

The global economy is resilient and uncertainty has always passed. The economy will recover, but it’s important for your company to be prepared for when a financial crisis happens.

These companies succeeded because they looked for new opportunities, expanded into new markets, adjusted their offers, developed new products, and gave folks a cost-efficient alternative. Innovation and creativity can help you succeed in the next economic downturn.

Want to learn more about business growth? Check out our ultimate guide.

Puedes leer el artículo completo en: : How These 7 Companies Thrived During the Recession 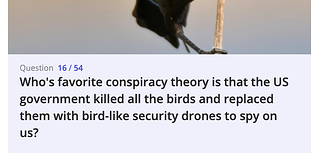 How to Host a Virtual Holiday Party & Bond With Your Team

Cultural Competence: What Is It and How To Develop It At Your Company