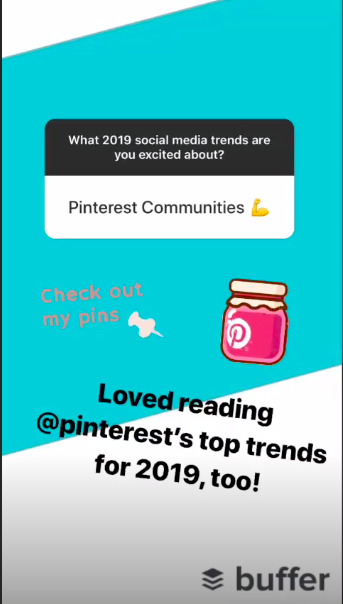 Last year, Sony Pictures earned over 45 million impressions and made over a million in incremental movie ticket purchases.

Snapchat Stories is a prime feature of the app. Stories is a form of what’s called ephemeral content, which is defined as content that goes away after a certain period of time. On Snapchat, for instance, stories disappear after 24 hours.

Sony used ephemeral content by promoting the release of their movie, Venom, with a red carpet Live Story Ad, as well as shoppable Snap Ads. Viewers of Sony’s Snapchat stories were given the option to buy tickets right from within the story itself.

Ultimately, as proven in the example above, ephemeral content is a highly diverse way to engage an audience.

Using ephemeral content can help you connect with your target audience and define your brand. Here, we’re going to explore why it’s so important, and how it can be useful for your own company.

So why is it so popular, and why should you participate? Let’s dive into that now.

Interacting with your audience is a fantastic avenue for ephemeral content. Audience scrolling through stories on major social platforms might be inclined to engage with your brand if your content provides actionable items.

For instance, one way social media planning tool Buffer uses ephemeral content is by holding Q&A sessions on Instagram Stories. By putting a Q&A sticker on a story, Instagram followers can ask a question through a story for it to be answered.

Answering questions on stories keeps audiences engaged. Additionally, asking communities questions about what they enjoy, as Buffer did, helps gain insight on the type of content to produce to keep engagement numbers up.

Many social platforms that host ephemeral content also host a feature for shopping, like Snapchat, Instagram, and WhatsApp. Business accounts on the platforms can set up a storefront in stories — like with beauty brand Fenty Beauty. 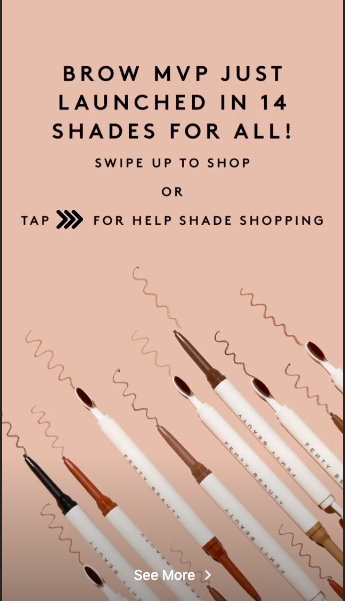 This ad is shoppable, which you can tell with the «See More» text at the bottom of the story. Online shopping takes on a new meaning with ephemeral content since viewers feel the pressure of the time limit. With a couple of taps from a shoppable story, you can make a new sale.

Facebook and Instagram have a feed for stories, where shoppable ads have the chance to appear. This is useful for reaching a broader audience with your products and brand.

Ephemeral content can introduce audiences to the personality behind your organization. Because this feed is separate from main feeds, you can post content that’s not as polished, and disappears later, giving customers the chance to feel like they caught a glimpse of a more special, exclusive behind-the-scenes look at your company.

To diversify content, you might try giving your audience a tour of your office on Snapchat, or posting templates followers can fill-in on Instagram, as LinkedIn did in the example shown below. You can post the answers and showcase your followers on your story to get them involved in your content. 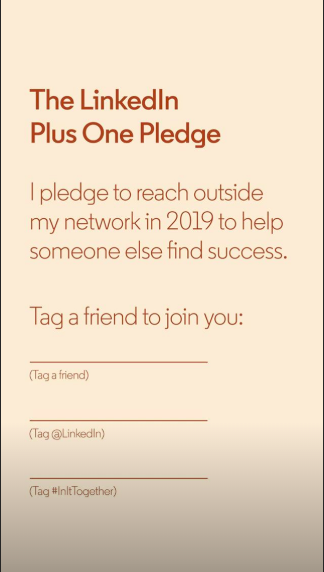 Ultimately, short-term content tends to feel more authentic rather than the sponsored posts in your feed. They don’t have to be perfect — instead, ephemeral content can give followers a genuine, honest look into your brand. It’s definitely something to embrace if you’re thinking of ways to personalize your brand.

I have huge FOMO, or fear of missing out. This is where ephemeral content shines. It can be used for special offers or content that only users who view an account’s story can interact with. For instance, Coca-Cola added a World Cup geofilter after the Belgium Red Devil win on Snap stories during last year’s matches. 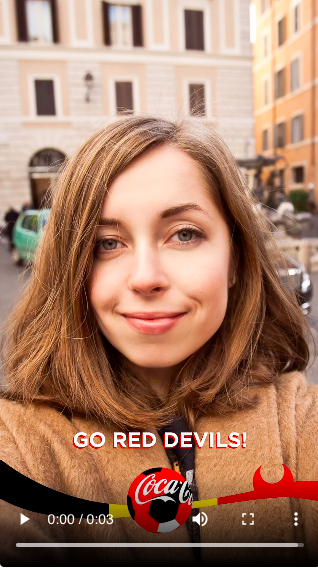 This geofilter, according to the Marketing Director of Coca-Cola Belgium, connected Belgian teens and young adults and was also shared by influencers. It gained almost 5 million impressions and reached over a million accounts.

Ultimately, hose numbers surprised me — I had no idea Snapchat could have so much reach, but with a huge event like the World Cup, the opportunity to tie in marketing with a large audience was a great move by the beverage company.

Most of us don’t have the resources that Sony Pictures or Coca-Cola do. Ephemeral content doesn’t have to be a big-budget production, though. Investing in content that disappears means creating content that engages customers and highlights a brand’s uniqueness.

Think of how you can incorporate your next product launch or blog in ephemeral content. You can build hype with story ads leading up to the release and once it drops, you might try making shoppable stories. A few of the cards could ask customers’ opinions on features, i.e., a poll asking followers if they prefer green or red color variations.

IoD to challenge directors on diversity and digital transformation 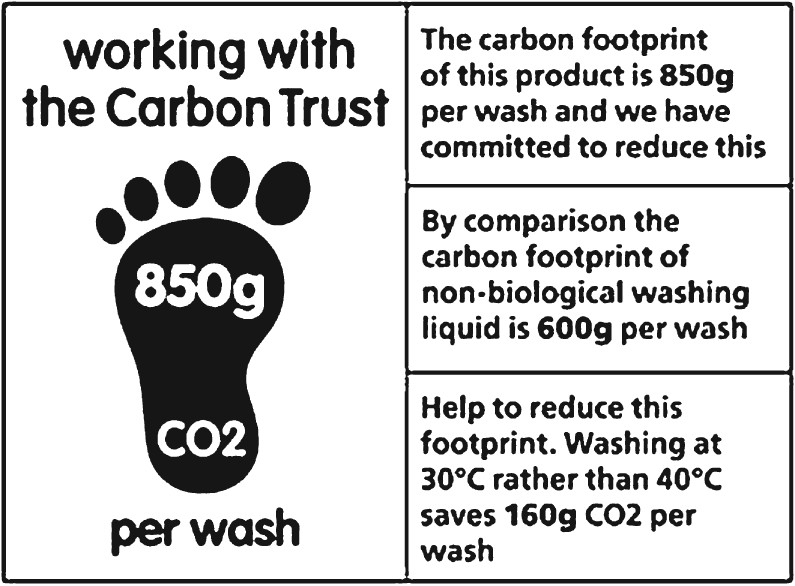